THE LAST OF US

by Ala Eddine Slim

With no dialogue, “The Last of Us” tracks a Sub-Saharan man through the desert to North Africa where he steals a boat. When it breaks down in the middle of the sea, he begins an imaginary surrealistic odyssey where he meets an older man, who might be an altered version of himself, and, in a wild landscape, rediscovers his relationship with primary nature. This tale of an immigrant’s voyage towards Europe becomes “a philosophical fable on being lost. It re-launches with great audacity an abstract and experimental cinema which is adventurous and even science fictional” says Giona Nazzaro the artistic director of the Venice Critics Week in a statement.

Ale Eddine Slim is a tunisian independent director who has a background in documentary, shorts and video art. He is one of the 3 directors of FID Marseille Grand Prize winner BABYLON in 2012, which then traveled to some 60 festivals. “The Last of Us is a sequel of my previous films. It is a continuity of research in the themes that are of importance to me: the problems of borders, imaginary territories, contemporary solitude, vagrancy, the issues of crossing and of the human nature in all its facets. The project tackles the realm of magical realism, of the ephemeral, and of disappearance and mutation. The problem of illegal sea crossings has existed for many years. During these travels, many people die at sea, and others succeed in reaching the other side. Moreover, there are those who go missing and whose bodies are never found. The leading character in The Last of Us is a missing body”.

The film was independently produced without any public subsides by 4 production companies with a small crew of passionate and mostly volunteer young people. They eventually received financial support for post-production from Hubert Bals Fund, Doha Film Institute, AFAC and SANAD. “Conceived by a united and dedicated team, The Last of Us is a human adventure that is uncommon in the Tunisian cinematic landscape. It is the author’s first full-length feature film, and the first feature film produced by four self-funded production companies. It is a piece of work that has blended all the Tunisian territory from North to South in harsh conditions and in a tense security atmosphere. It is without dialogue, annihilating borders between fiction and documentary film genres” says Ala Eddine Slim. The casting was another creative process, since the leading role is performed by Jawher Soudani, also known under the nickname VaJo, a multidisciplinary Tunisian artist, from street-art to creating his own clothing brand. His first time performance on screen, without any dialogue, is literally breathtaking. DOP Amine Messadi is one of the most talented photography directors of his generation. His professionalism and dedication have given birth to a number of collaborations with international filmmakers including Abderahmane Sissako and Nabil Ayouch. THE LAST OF US was selected in the post-production works in progress of the FID Lab in Marseille this year, where it received the prize “Video de poche”. 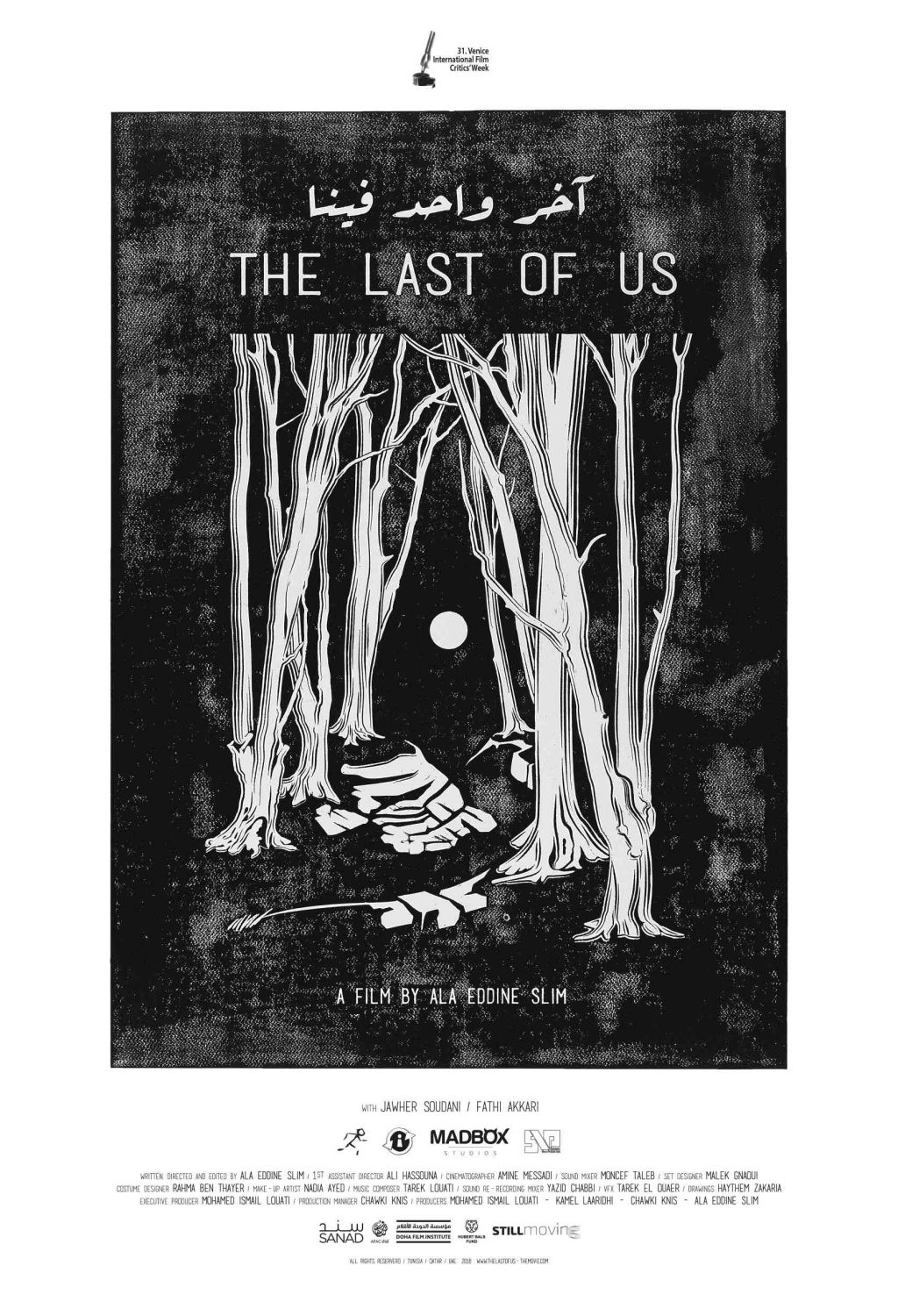