Miguel Moreira, also known as Tibars, also known as Djon África, learns that genetics can be cruel when his physiognomy — as well as some of his strong personality traits — denounce him, straightaway, as his father’s son; someone he has never known.
This intriguing discovery leads him to try to find out who this man is. All he knows about him is what his grandmother, with whom he has always lived, has told him.
A raving curiosity makes him decide to go look for him. Following the journey of John Tibars to meet his father we will also encounter the territory of the dream that haunts memories, desires or mythologies of a good part of those who maintain their cultural roots and the genesis of their identity in the African continent. Tibars lives two identities in conflict and at the same time in harmony. What’s living in a ghetto in Portugal and being an African without being it? This ambivalence finds a projection of a lifetime in this adventure. Africa appears here with a whole load of imagination, in the projection not only of the place, but also of its essence, of its belonging.

Filipa Reis and João Miller Guerra live and work together in Lisbon. They direct documentaries since 2010, which were exhibited and awarded in national and international festivals such as Cinéma du Réel, idfa, DokLeipzig, Bordocs, forumdoc.bh, Festival dei Popoli, Doclisboa, Olhar de Cinema, Janela Internacional de Cinema do Recife, fidba, Indie Lisboa, and others. In 2008 they founded Vende-se Filmes, where they develop television projects and, simultaneously, their work of cinema under the name Uma Pedra no Sapato. Here they work their own films and also documentary and fictions projects by well-known authors as Margarida Cardoso or José Filipe Costa, as well young and talented directors as Leonor Teles or Monica Lima. Balada de um Batráquio, by Leonor Teles, won the Golden Bear for Best Short Film at the Berlin Film Festival’16.

Terratreme is a film production unit composed of six directors and producers searching for new production models that allow them greater freedom and autonomy in their creative processes. In its 10 years’ experience, Terratreme has consolidated its expertise in film production and distribution. Currently working with a large and diverse group of filmmakers, Terratreme has one of the strongest presences, among Portuguese production companies, in major film festivals around the world (Cannes, Berlin, Locarno, Nyon, Marseille, Rotterdam, San Sebastian, Buenos Aires, Rio de Janeiro, Brasilia, Chicago, New York, Toronto), all while expanding its activities through international co-productions (Brazil, France, Switzerland, Germany, Japan, Bulgaria, Cape Verde, Argentina, Chile).

Desvia is an award-winning film production company founded in 2010 by producer Rachel Ellis and director Gabriel Mascaro and based in Recife, Brasil. The focus of the company is on producing films with strong, innovative narratives and experimental form. The company produced the films Neon Bull (Venice Orrizontti Competition, 2015) and August Winds (Locarno International Competition, 2014) both by Gabriel Mascaro as well as Mascaro’s previous documentary Housemaids (idfa international competition 2012). Desvia is currently co-producing films from Argentina, Uruguai, Portugal and Mexico as well as producing Mascaro’s thrid narrative feature due for release in 2018/2019.

OII – Cultura, Comunicação & Imagem was founded in 2011 and has since collaborated on several projects. Collaborates as communication and press officer at Atantic Music Expo, Mindelact, Kriol Jazz Festival, Festival de Cinema Plateau, Kavala Fresk Festival and founded the project All Media Praia Maria and Vila Leolpoldina which will launch a web tv in 2018.
oii has collaborated on several cinema projects like O Outro Lado do Atlântico by Danielle Ellery (2015, br) as a local producer; Djon África by Filipa Reis and
João Miller Guerra (2016, pt, cv, br) as a co-producer and Canhão na Boca by Ângelo Lopes (2017, cv) as a producer.
Canhão na Boca represented Cape Verde at the program doc tv cplp, it was highlight as the Best Documentary at Festival de Cinema Oiá and received a special mention at Festival de Cinema do Plateau.

Uma Pedra No Sapato – Film production company based in Lisbon, Portugal, founded by directors/producers Filipa Reis and João Miller Guerra in 2008.
Uma Pedra No Sapato invests in open and strong relationships with directors and in a small number of films each year, so every work can have its deserved attention and time, making the production process very rich from a creative point of view. Our goal is to make films that will be a part of the Portuguese film history.
Our films are regularly selected and awarded at international film festivals such as Berlinale, Rotterdam Film Festival, fid
Marseille, Visions du Réel, Cinema du Réel, idfa, DOKLeipzig, Melbourne, Festival dei Popoli, Rio iff, Hong Kong iff, Oberhausen, Edinburgh, Rio iff, Janela de Cinema, Bordocs, Fidocs, among others.
Batrachian’s Ballad, Leonor Teles latest film produced by Uma Pedra No Sapato won the
Golden Bear for Best Short Film at the Berlinale 2016. 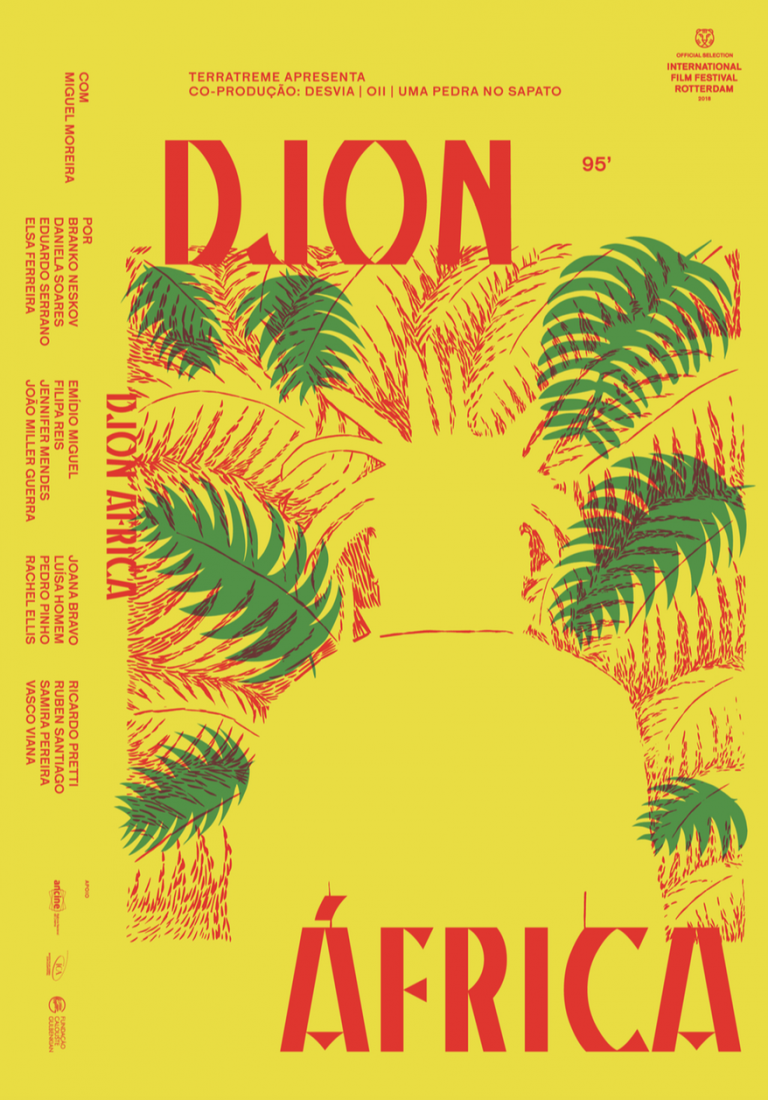